Dacha: a Break, a Weekend Getaway in a Very Russian Way

Summer will soon say goodbye to us in Moscow (at least, that is what I think), while the freezing-cold north wind is preparing itself to blow as strong as it can. I start to unpack my coat collections and boots. Hooray! Finally, the dog days of summer are over!

This year was the hottest summer ever during my stay in Russia (I have been living here for about 6 years, more or less). The temperature went up to 34 degrees during the day, and it stayed almost the same even after the sunset, which is quite an anomaly. I could feel the heat burning my back while I was trying to calm my daughter who, at that time, refused to sleep at home. That’s just torture! Last time I felt that kind of scorching sun was when I was in Indonesia about 2 years ago, when the temperature reached its peak in my hometown — 37 degrees. Who am I to grumble then?

I have skipped options 1 and 2 for this year, and will try a new option to spend the summer. Option number 3 would not be so bad, if we only had plenty of places to catch some sun in our modest town. So, the one and only option left is number 4, which is very Russian.

So, what is a dacha?

According to Wikipedia, which always becomes my one and only source for knowing such things, a dacha is a seasonal or year-round second home, often located in the exurbs of Russian-speaking and other post-Soviet countries. Note especially: «second home». So, if you can’t find your friend or acquaintance at their home, please check their dacha — they might be there instead (if only you know where it is).

As it is stated above, a dacha is Russians’ second home, which means they can do whatever they do at home in dacha, plus some other additional activities that they cannot do in their first home. For example:

They can grow potatoes or any other things they want in dacha, as the land area is normally huge, much bigger than any apartment you can find in Moscow. And, as a benefit, you can take your crops and cook them as much as you want, saving some of your money for daily shopping.

You can grow not just edible plants, but also flowers. Keep that in mind! Also according to some data I found while Googling about dachas, some criminals just plant poppy seeds in their backyard… hmm…

One of the most famous activities in Dacha besides gardening is having a barbeque (or shashlik in Russia). That is why almost all the Dachanin (people who live in dacha) bring along charcoal and different kinds of meat to barbeque.

When we got bored inside, we spent time outside ambling around the neigborhood. When we got tired of walking, for a few days we preferred to ride bicycles.

Another interesting thing you can do in Dacha is to take a stroll in the small forest. During the summer, Russians like to gather mushrooms and cook them. But, be careful as there are many dangerous plants you can find, such as Krapiva, which causes an allergic reaction or burns your skin after, or some inedible berries that you shouldn’t eat. Don’t forget to use lotion to protect yourself from insects or mosquitoes. There are millions, and won’t mind having a quick lunch.

Tips for being a good dachanin: 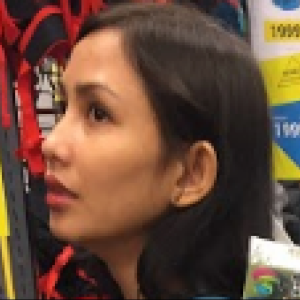